Arkansas Has a Rich Naval History 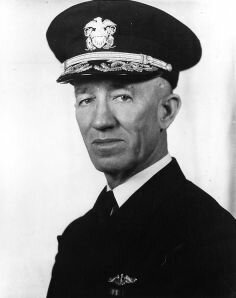 Arkansas, although a land locked state, has a long, deep, and direct connection with the maritime trades and with naval and maritime history. Many of her sons and daughters have "gone to sea in ships". Some, like Admiral Charles Cooke of Fort Smith, rose to positions of great leadership in the Navy.

Even today, Arkansas continues to be connected to maritime issues. For example, the red and green lights on the bow of a bass boat are there because of maritime law.

Arkansas ranks #1 in the US in minnow farming and #2 in catfish farming.

Maritime Trade is Important to Arkansas 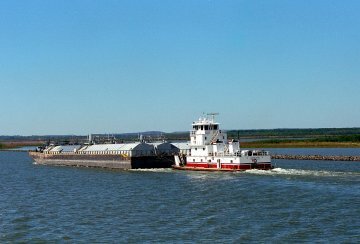 If this cargo were put on trucks, over 500,000 trucks a year would travel up or down Arkansas freeways each year. This translates into about an extra 1,400 trucks EVERY DAY, 365 days a year (or about one truck every 30 seconds, around the clock). Think about the impact that would have on YOUR commute every morning, or on your trips around town running errands. Cargo to or from at least forty two different countries has traveled the river. The river isn't just traveled by barges, either (or just by submarines).