The Snook Memorial, at the entrance to the North Shore Maritime Center, on Riverfront Drive in North Little Rock, AR

USS Snook (SS 279) was declared overdue and presumed lost with all hands on 16 May 1945, while on her ninth war patrol.

Since she was never in contact with U.S. forces after 08 April, it is most likely that she was lost, either to an operational accident or to an Japanese attack of some kind (for which the records were lost or destroyed) shortly after her last communication.

The last American vessel to communicate with USS Snook was USS Tigrone (SS-419). Just hours before echanging messages with Snook, Tigrone was attacked by a Japanese submarine. Only the sharp eyes of one of her lookouts prevented Tigrone from being sunk. Since Tigrone was assigned the adjacent patrol area, it is possible, indeed likely, that this unknown Japanese submarine successfully attacked Snook.

Snook had been ordered to participate in lifeguard missions in the area east of Taiwan, in a part of the Okinawa Island chain. While she never acnolowdged those orders, there is the possibility that she was lost either while transiting the Lombok Strait enroute to her new mission, or she may have been sunk in the SE Okinawa area, as Japanese submarines had been instructed to watch for surfaced American submarines participating in rescue missions, and five Japanese submarines were sunk in the southeast Okinawa area in timeframe that Snook should have been there. 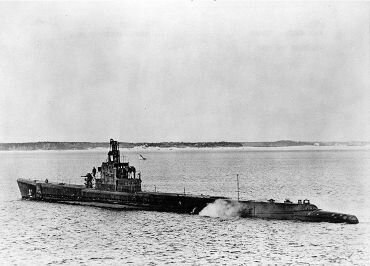 52 American submarines were lost during WWII. After the war, each state was assigned a submarine for commemorative and memorial purposes (California and New York were each assigned two submarines). 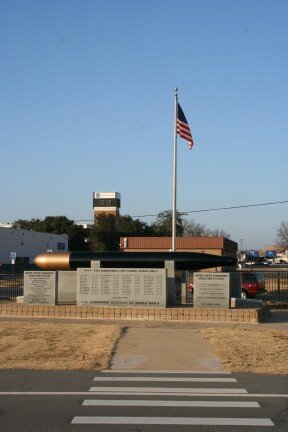 A replica of Snook's battle flag hangs in the Snook Memorial theater in the Museum. 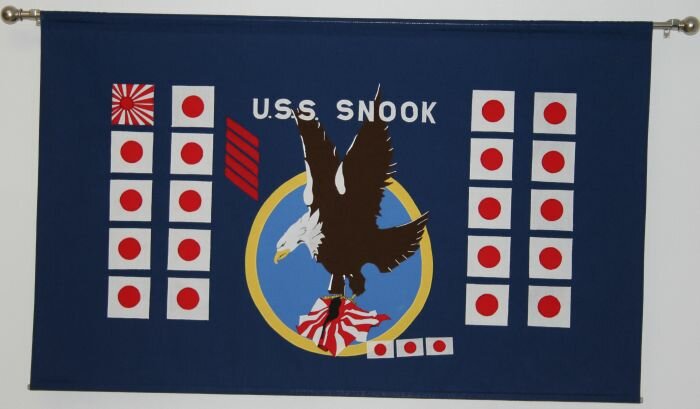 Replica of USS Snook's Battle Flag, on display in the Snook Memorial Theater, inside the Museum 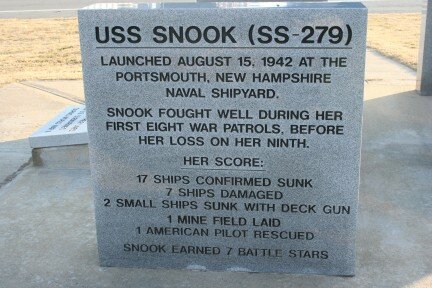 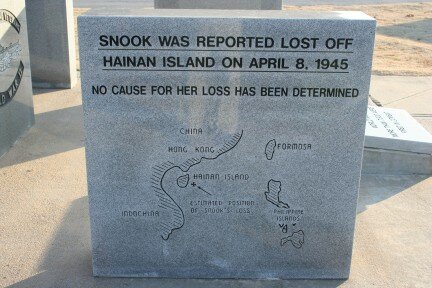 The best information as to the location of USS Snook's loss. 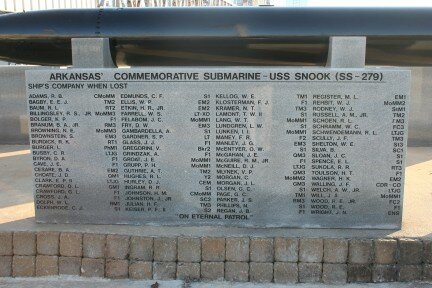 The officers and men lost aboard USS Snook. 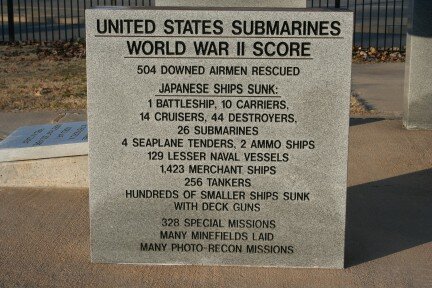 A summary of the accomplishments of American submarines during World War II.

These accomplishments came at a cost... 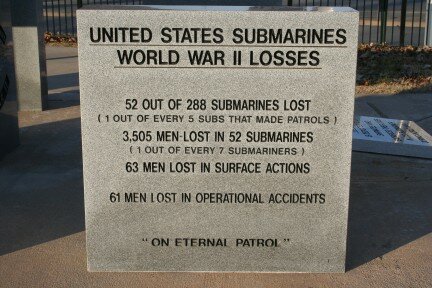 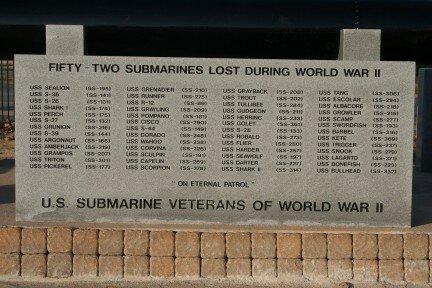